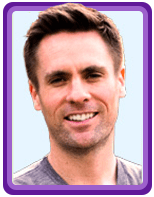 Dr. Taylor Farland was raised in Provo, Utah and attended University of Utah where he received a B.A. in Russian Linguistics. He received his D.D.S. from Dalhousie University in Halifax, Nova Scotia where he was also awarded the Certificate of Merit for Outstanding Promise and Proficiency in the field of Pediatric Dentistry by the American Academy of Pediatric Dentistry. Dr. Farland continued his training by completing a 1 year pediatric dental general practice residency at the IWK Health Center which is the primary care provider for children in Atlantic Canada.

Dr. Farland began working with Happy Smiles Meridian in the Spring of 2016. He enjoys snowboarding, playing squash and spending time with his wife and 2 children, ages 7 and 4.